As stated in the original Factual Good post, a lot of time and effort went into my research prior to making a decision to fully embrace the new company, and my promise to be truthful and honest with you about the results of that research can now be fulfilled. I will proceed in the best and most straightforward language I am able to use, as well as provide you with references to support some of the scientific assertions and non-scientific conclusions included in the research. So I appeal to your sense of empathy, tolerance and patience as I try to convey information in the following paragraphs.

Among my early findings about products offered by this new company was the fact that six of those nine products contained cannabidiol or CBD, and although the president and CEO of the new company had stated on more than one occasion that, “we’re not a CBD company, we promote CBD products…” it was still necessary for me to get a thorough understanding of what I was being asked to promote and how it may affect the folks I was promoting it to, especially since many of the people who might possibly join me in this venture were friends, family and trusted associates.

What I learned about CBD in the ensuing weeks was extensive, but I was more concerned about the legality of this hemp extract than I was with its benefits in view of the fact that there was information available which created some confusion regarding both legality and benefits. According to the article, 2020 CBD Laws by State the ‘bill, which was signed into law in December 2018, defines hemp as “the plant Cannabis sativa L. and any part of that plant, including the seeds thereof and all derivatives, extracts, cannabinoids, isomers, acids, salts, and salts of isomers, whether growing or not, with a delta-9 tetrahydrocannabinol concentration of not more than 0.3 percent on a dry weight basis.”’ Delta-9 tetrahydrocannabinol is THC which is the compound found in cannabis and is known for providing a “high” for individuals who consume it.

While CBD is a product of hemp which is derived from cannabis – like THC – it “provides various health effects, from anxiety and pain relief to better skin and heart health.” So it occurred to me that any supplement, derived from a natural resource and provides such health benefits as pain relief, and generally enhances an individual’s lifestyle by removing and helping to alleviate such bothersome ailments as, “arthritis pain,” “chronic pain,” “chronic nerve pain,” “inflammation,” “muscle spasms” “and other MS symptoms” that often restricts a person’s lifestyle, there must be more good than bad associated with that supplement and it should therefore be an acceptable product that is made available for all who need it. That is this writer’s opinion.

The following is an excerpt published to the website, U.S. Food & Drug Administration (The FDA):

The U.S. Food and Drug Administration today approved Epidiolex (cannabidiol) [CBD] oral solution for the treatment of seizures associated with two rare and severe forms of epilepsy, Lennox-Gastaut syndrome and Dravet syndrome, in patients two years of age and older. This is the first FDA-approved drug that contains a purified drug substance derived from marijuana. It is also the first FDA approval of a drug for the treatment of patients with Dravet syndrome.

CBD is a chemical component of the Cannabis sativa plant, more commonly known as marijuana. However, CBD does not cause intoxication or euphoria (the “high”) that comes from tetrahydrocannabinol (THC).
It is THC (and not CBD) that is the primary psychoactive component of marijuana.

“This approval serves as a reminder that advancing sound development programs that properly evaluate active ingredients contained in marijuana can lead to important medical therapies. And, the FDA is committed to this kind of careful scientific research and drug development,” said FDA Commissioner Scott Gottlieb, M.D.

While the above FDA statement seems to directly link CBD to marijuana, thereby creating confusion between the two compounds, and then in a later paragraph attempts to separate the two by stating the difference between CBD and THC, the confusion could have been avoided by explaining that both are derivatives of the cannabis plant, which is the source of “more than 100 biologically active chemical compounds,” and hemp is one while marijuana is another. A better way to fully understand the difference between these two derivatives of the cannabis plant can be found in the article titled, Hemp vs Marijuana: Is There a Difference? written by Nicole Gleichmann as recently as September 2, 2019. Here’s the excerpt:

In the United States, marijuana is defined as any Cannabis sativa plant that has greater than 0.3 percent THC. THC, short for tetrahydrocannabinol, is the primary psychoactive compound in cannabis. The more THC you consume, the more changes you will notice in your cognition and how you feel. In essence, THC gets you “high.”

Hemp plants are defined as any cannabis plant that has 0.3 percent or less THC. Even a plant with 0.4 percent THC would be classified as a marijuana plant, in spite of the fact that 0.4 percent isn’t going to have a noticeable psychoactive effect.

Further observations from the author cites the law that actually legalizes our brand of good hemp:

It wasn’t until the passing of the Farm Bill of 2014 that changes began to happen for hemp plants. This bill defined hemp plants as those with 0.3 percent or less THC and allowed for limited industrial hemp growth and research. However, it wasn’t until the passing of the Agriculture Improvement Act of 2018, also known as the 2018 Farm Bill, that hemp agriculture and products became legal in all 50 states. This increased legality is largely to thank for the rapid acceleration and availability of hemp-derived CBD oil.

Having sought credible information regarding the legality and benefits of CBD and obtaining that information from what I consider reliable sources, it was time to revisit the products I purchased to get another look at what benefit(s) can be derived from them based on what the company asserts. During this period I came across a document titled, Certificate of Analysis:

Crystalline Cannabidiol, and information in that document ranged from Product Name to scientific descriptions of the CBD used in these products; and while I cannot divulge any trade secrets as may be published in this document I can say that the “Botanical Source” of this company’s CBD is “industrial hemp, grown and processed in Kentucky, USA in compliance with Section 7606 of the Farm Bill and applicable Kentucky State Law and State Department of Agriculture regulations.”

After all the research I had done and all the information I’d gotten from the company; verbally, digitally and otherwise, it was this certificate of analysis and all its contents that answered my questions in the most satisfactory manner. I had seen what the law stated; I had seen literature from the scientific community; I had seen arguments on both sides of the cannabis controversy; I had seen stats, figures and projections of CBD markets; and after having seen all that the most convincing piece of information was the content of one Certificate of Analysis setting forth everything I needed to know about the products I had previously purchased.

The decision was made and, although it wasn’t easy in the initial stages, it became easier as I learned more, and you will learn from my other posts, why my decision to join this company and use the products has been reinforced. In my post titled, Salvation, you will learn about my personal pain and the satisfaction I found in one specific product, as well as more detailed information about my “why”.

Furthermore, the company wanted to provide more proof and it did by way of the C of A’s (certificates of analysis), as well as a continuing campaign of education and proof that it puts its money where its mouth is – so to speak. The latest example of such product education was provided Tuesday night (3/31/20) in a Webinar about its Daily Detox plus product by the biochemist who created the product and perfected his formula under the trade secret protection laws, so this is an opportunity for you to see and hear the truth about Daily Detox plus first-hand from the creator.

Dear reader, permit me to address you, directly. In addition to what has already been stated here, perhaps the most important thing I can do at this point is to provide you with factual evidence about each product in Navan’s product line so you will have an opportunity to read the actual benefits, ingredients, recommended uses and other important information associated with the products. Those fact sheets can be found at the bottom of this site.

I have no way of knowing whether or not you are open to helping you friends and family in the United States and Canada make some extra money and enhance their health and
lifestyle at the same time, but if you are I ask you to join me on this journey of helping others to help themselves. If you are interested simply click the link, learn about who we are and then scroll down to the “Get Started” button or leave remarks to that effect in the comment box so we can talk more. Thanks for reading and good luck on your own journey!

Sign up at this link and get this World-class Guide to Professional Network Marketing in book form. Start Building Your Own Legacy Here, Today! 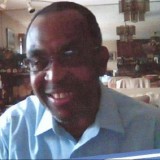 Hi, I'm Tony, a Web Services Consultant (WSC) based in Savannah, GA; And while most of my professional years were spent in commission sales as a real estate sales associate, real estate broker, mortgage broker and mortgage lender representative in the NY/NJ area, I now manage the online activities and business operations of TPJaveton & Associates, a Web-based entity established at my residence in 2009.

A Picture of Good Health